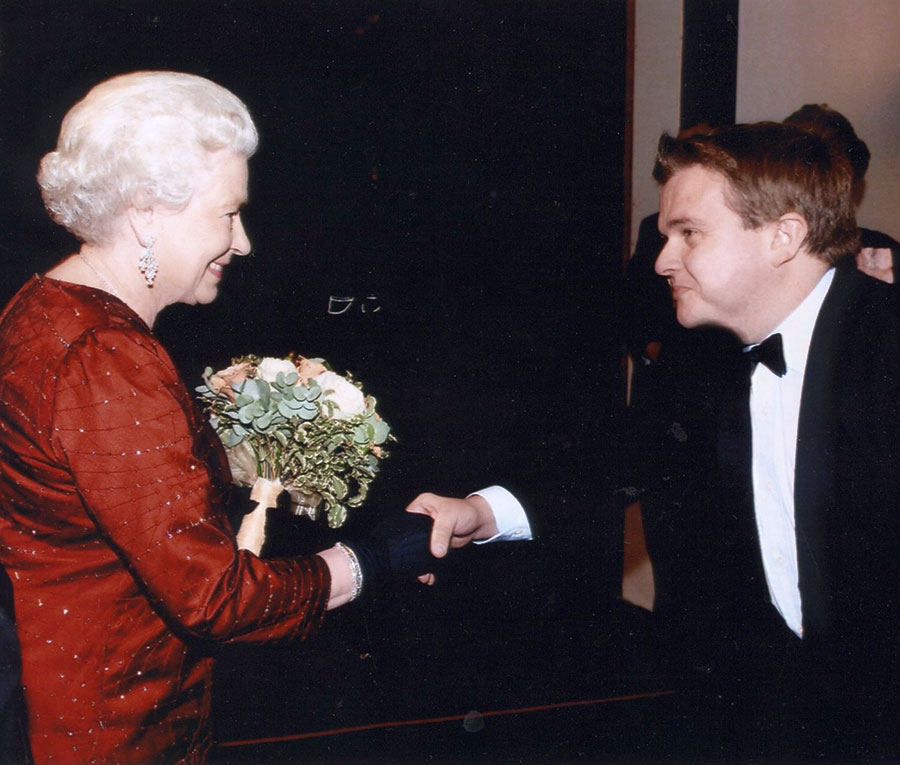 From a very early age Dean began to perform on the concert and competition stage with entries in the local eisteddfod as a boy soprano.

He was brought up in a musical household. Both of his parents were good singers while his cousin was a professional big band vocalist who travelled the world. Music and performance was in his blood from an early age and he played piano and harp as a child before embracing his true joy of singing.

From his local church choir, he progressed to the acclaimed Mid Glamorgan Youth Choir before becoming the youngest ever member of the world-famous Treorchy Male Choir.

Over a thirty-year period he travelled the world with the Treorchy ensemble, performing as a soloist across USA, Canada, Australia and New Zealand.

He received critical acclaim for his performance at the Sydney Opera House in two sold-out concerts and sang for Prince Albert II of Monaco in the Hotel de Paris where Dame Shirley Bassey led a standing ovation.

Dean has recorded solo items for EMI, Black Mountain and Infinity Records as well as numerous radio and television programmes.

Listen to “Stars” from Les Miserables on “Timeless”

“You were absolutely wonderful. I couldn’t help singing along!”
Dame Shirley Bassey

“From the moment he stepped forward and begin to sing, the hairs on the back of my neck were on end. An incredible voice.”
Adelaide Festival Theatre

“For a small man his stage presence is of a giant. A sweet, lyric tenor sound that resounded throughout the hall and was the highlight of the entire concert”
St David’s Hall

“When he stepped forward to sing Unwaith Eto’n Nghymru Annwyl I could scarcely believe how such a powerful – and beautiful sound – came from the mouth of this little Welshman. He was simply mesmerising and brought the audience to its feet.”
Queen Elizabeth Hall, London