“I know all about the importance of timing and worked with good and bad.
I thought Dean’s performance was along the very best.”
Peter Partridge 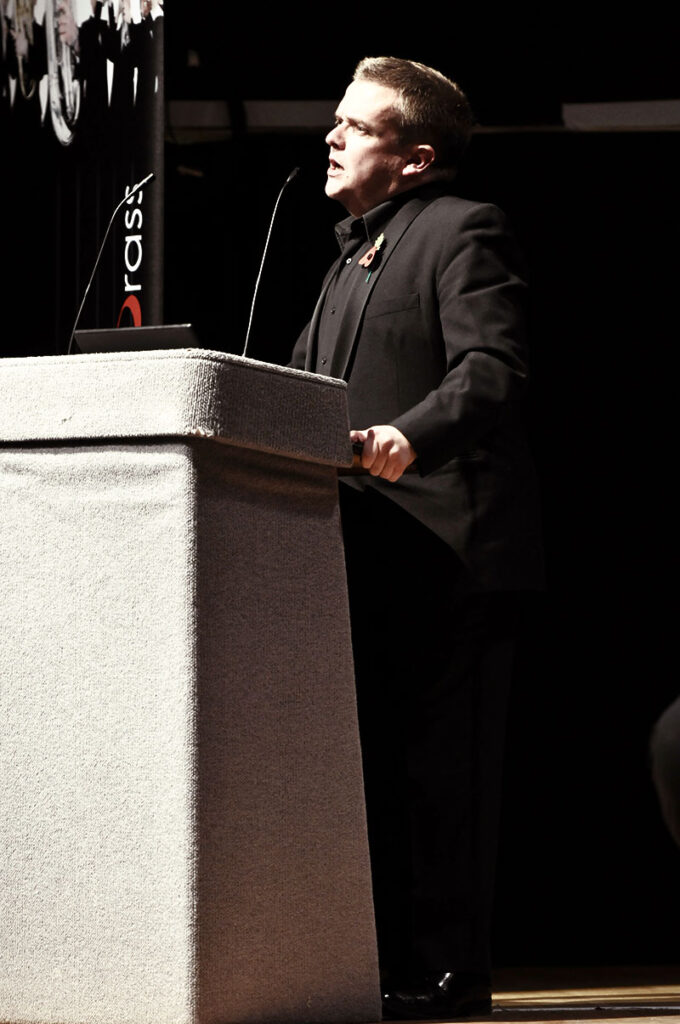 Dean Powell is no stranger to an audience and his ability to inspire and enhance people’s lives has made him a hugely popular motivational speaker.

As an ambassador to the Welsh Government’s Big Ideas Wales programme he regularly visits schools and colleges to inspire young people to become entrepreneurs and carve out a career that suits their abilities and passions.

For an older audience he has an incredible story to share. One of perseverance to overcome all the odds, to battle health issues, face set-backs and prejudice and never giving up even when he was enveloped in the darkest of days.

A rare bone disease robbed him of a childhood where fractures were frequent and visits to a specialist surgeon in an aged hospital in the Whitechapel region of London’s east end became the norm. Months were spent in the cold wards of a Victorian workhouse turned hospital while his loving parents slept on mattresses on the floor to support him.

His condition was unique and the future was bleak. From early on his parents were told he would never walk. As he learned to walk following major surgeries overseen by the Queen’s personal physician, recovery was long and arduous.

Adversity was faced head on, with support, encouragement and courage which has seen him overcome all the odds to enjoy a multi-layered career.

Then he faced one of the biggest battles of his own – to be honest to himself, to face prejudice and tragically be attacked in the most vicious manner.

He continues to fight his demons, determined not to allow them to define his character but to give him the determination to share his experiences with others.

“An absolute please to work with such a professional outfit.”
Welsh Heritage Schools Initiative

What made the concert even more special was the compere for the night Dean Powell who tied everything together with good old-fashioned funny jokes and quips.”
Llanidloes, 2017

“Thank you for your huge contribution to the success of the sensational concert with Katherine Jenkins. So many commented on your outstanding performance.”
Pontygwaith Regeneration Partnership

“His consummate professionalism and easy going charm had the audience eating out of the palm of his hand”
Brangwyn Hall, Swansea