“Your lecture was outstanding. Such detailed material so well research
and organised before being delivered in a masterly way.”
Rev Peter Jupp, Cremation Society of Great Britain

Dean Powell is a widely acclaimed lecturer who presents seven popular, engaging and humorous topics based on his career as an author and historian.

His professionalism and first-class communication skills have endeared him to thousands of audiences over the years and he is one of the most popular presenters in Wales today with a workload of lectures booked well in advance. 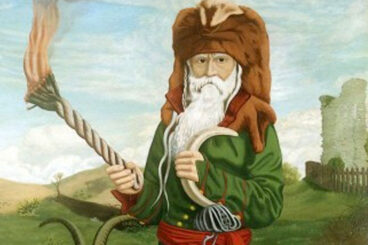 Dr Price was one of the most flamboyant and eccentric characters in Welsh history. Poverty stricken, he became a surgeon at 21. He created an embryonic health service, masterminded the first Museum of Wales, launched Wales’s first cooperative and was exiled to France as a political activist. He fathered illegitimate children and died sipping champagne at 92. 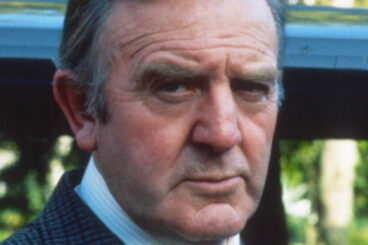 A Rhondda valley boy running his grandmother’s milk round became one of Britain’s most popular actors. A self-confessed hell-raiser in his youth, he often spent time with his brother Donald and drinking friends in Stanley Baker and Richard Burton. Glyn made his film debut in Dirk Bogarde’s The Blue Lamp.He was the first on-screen lover of Joan Collins the father of Anthony Hopkins! 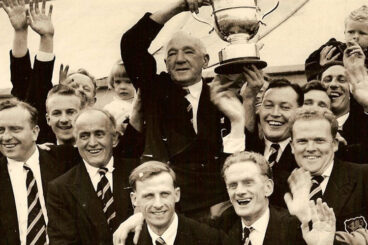 The Land of Song

A celebration of the history of Welsh choral singing. Its origins are based in the strength of Nonconformity as a religious force and the accelerated growth of the coal mining industry. With almost 30 years’ experience as a chorister, Dean has extensively researched why Wales developed its love of singing and how the fierce competitiveness of choirs came with a backdrop of gambling, rivalries and royal commands! 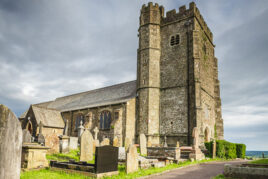 History of the Hilltop

Enjoy a fascinating journey through the history of Llantrisant. Famous for its Freemen and their “Black Army” who fought at Crecy, Llantrisant played a pivotal role in the revolts of the Welsh against the Norman overlords. The Castle was an overnight prison for Edward II, the town produced a Lord Mayor of London while the eccentric Dr William Price’s actions led to the passing of the cremation act. Dean Powell is a Freeman of the town, Clerk to Llantrisant Town Trust and Manager of Llantrisant Guildhall. The town is in his blood! 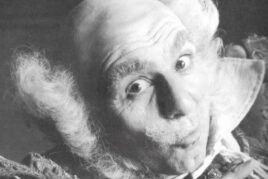 The Street Where They Lived

Just outside Pontypridd there’s a small mining village that at first glance appears typical of all other post¬industrial communities in South Wales. Not this one. Not only did it witness one of the UK’s worst mining disasters, and a devastating tornado, it was also the birthplace of some remarkable people. In one of its terraced streets four babies were born who became a Welsh Rugby International, Secretary of State for Northern Ireland, a World¬Class Opera Star and a Knight of the Garter. This is their stories. 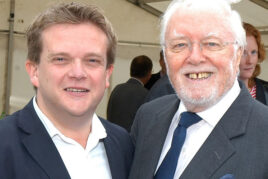 This is the story of Dean’s life in the newspaper industry. Learn about the hilarious and tragic tales he encountered as a daily newspaper journalist, newspaper editor and BBC researcher. Hear stories of his many interviewees from Gregory Peck and Richard Attenborough to Larry Hagman and Tom Jones along with the twenty¬year friendship he enjoyed with Hollywood legend Joan Fontaine who asked him to marry her. From murders and summer fetes, this is journalism before the internet and social media was ever invented. 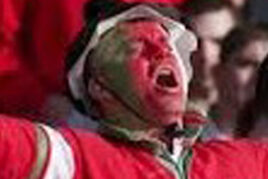 When collier John Hughes wrote Cwm Rhondda one Sunday afternoon in the parlour of his Pontypridd home, how could he have realised that his beautiful composition would become one of the world’s most famous hymns? Written for a celebratory Cymanfa Ganu in his local chapel in 1907, the tune was inspirational. Whether its performed by a thousand voices at the Albert Hall, a royal funeral or from the terraces of a rugby stadium, “Bread of Heaven” is one of the most rousing pieces of music ever created.

“I chaired a meeting of Cymmorodorion when Dean Powell gave a lecture on the life of Dr William Price. Dean held the attention of a very discerning audience through a combination of presentation skills; mastery of his subject and, critically, clear and concise text. Crafting words is not a science : it is an exacting art form. Dean showed great skill in that art form and enjoyed, as a result, an enthusiastic reaction to his lecture.”
Robert John, Chairman, Wales in London

“A number one choice as compere”.
Morriston Orpheus Male Choir

“The MC was one of the highlights of the night. Dean’s humour was received with applause – he was amazing”
Arts Centre, Melbourne, Australia

“A wonderful contribution to the concert whose linking of artistes with humour and anecdotes captured the mood of the evening and made it a success.”
Tredegar Orpheus Male Voice Choir