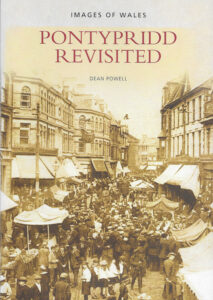 The unique town of Pontypridd has seen many changes over the years and this second edition provides a nostalgic picture of how the town once appeared to those who lived and worked there in former times.

The pace and extent of the growth of the town in late Victorian and early Edwardian times was breath-taking. During the twilight years of Victoria’s reign Pontypridd’s status as a major market town and urban area was strengthened. Its growth was due to its proximity to the Glamorganshire Canal, allowing an easy route between industrial Merthyr and Cardiff and the coming of the Taff Vale Railway linking the docklands to the rapidly expanding Welsh coal field in the Rhondda.

Illustrated with over 200 fascinating old photographs of Pontypridd, the reader is taken on a journey back in time to discover why this frontier town was transformed from a sleepy agricultural region into one of the largest in Wales.