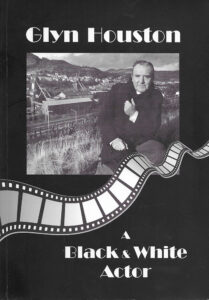 This incredibly honest rags to riches story reveals how a South Wales valley boy running his grandmother’s milk round, became one of Britain’s most popular actors of television and film.

Glyn reveals his total devotion for the country of his birth as he embarked on a career that has seen him appear in more than 80 films for cinema or television and countless theatre productions. A self-confessed hell-raiser in his youth, he often spent time with drinking friends in Stanley Baker and Richard Burton, mixing with the Kray twins.

Introduced to the acting profession by older brother Donald, Glyn began his career by entertaining the troops in Singapore before making his film debut as the cheeky cockney barrow boy in Dirk Bogarde’s The Blue Lamp. This is his fascinating account of a life that has taken him from Wales to Hollywood, and has assured him a place in the annals of film history.